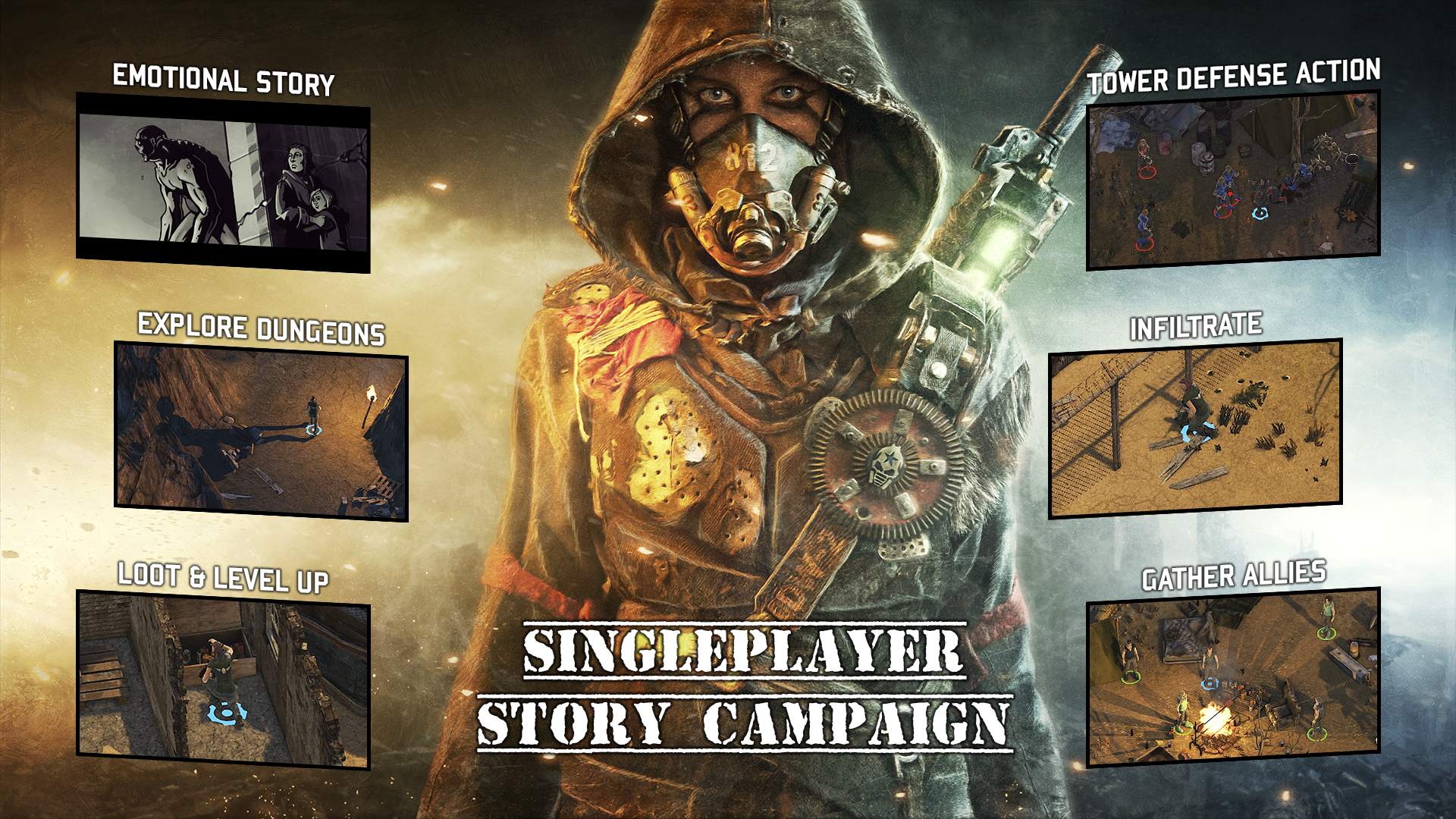 Dustwind, the Realtime Tactical RPG is Set to Launch their Single Player Campaign in a Big Update on July 25th

Dustwind Studios and Z-Software GmbH are set to launch a big single player focused update on steam next week, on July 25th. This massive update will include much more, including the most in-demand updates being a New Playable Titan Race available in the Multiplayer, an improved Single Player Storyline Map Editor, and the very thing the fans have wanted the most – a single-player campaign. All of these updates are being released as a free update to current players.

Initially launching on Steam last August, Dustwind, a real-time tactical RPG has been positively received on Steam by players worldwide who enjoy games like Wasteland, Fallout Tactics or Jagged Alliance. Players get to choose ongoing customizations of characters skills, gear, and ammo allowing them to dominate the battlefield! A diverse array of playable characters include a Human, Valkyrie, Robot, NEW Titan Race coming soon, and even a Dog, YES a dog!

The community team has been dedicated all year, hosting special play sessions nightly on a schedule. The team invites players to learn more by joining the official discord and checking out the updated #hosts-schedule channel https://discord.gg/y2Frf42

The development team is excited to bring this in-demand single-player campaign mode to players next week. Here’s what they have to say:

“The Dustwind community put in many requests to our team over the past year asking us to add a single player campaign. We listened to our players, and we’re now pleased to announce that we’ll be adding the campaign July 25th as part of a free update to all game owners existing and new-alike. The campaign is over 8 hours of engaging playtime. We hope all the players will appreciate our effort and enjoy the emotional storyline.” – Andreas Heldt, CEO, Z-Software GmbH

What reviewers have to say:

“If you’re a fan of top-down action shooters, multiplay modes and coop online or solo play this is an absolute must for your collection. Even create maps and missions and share in the workshop 9/10 “ – Razors Edge Gaming

“The Fallout: Tactics Successor You Should Be Playing… Visually, DUSTWIND impressively mimics the look and feel of the Fallout Games to a ‘T’, even though the game runs in the Unity 3D Engine it’s the spitting image of the 2D games we all grew up with and loved.” –Indigo Gaming on Youtube

No fixed classes, no pay-to-win. Experiment with various character builds without wasting your time. But you only get 10.000 points to spend on each character you make, so spend them wisely to find the coolest combination of skills and gear that suits you personally. Don’t worry though, you can re-stat or make a new character at any time! And as you gain ranks as a player, you unlock cool new items to give to your warriors!

Dogs are great support units who can throw grenades, drive cars, deploy turrets, fire mounted car guns, heal people (bring your DOGtor!), repair stuff, bite enemies in the butt, and more.. The only thing they can’t do is use (the most) human weapons. But so what? Show those humans how tactical fighting is done! Wuff!

Dustwind Studios was founded by Dimitri Zaitsev who remains on board as an advisor and Zsolt Kovács. Both have a strong and long-time passion for Realtime Tactics games and the post-apo scene. Dustwind is the first big project for the team. Learn more at www.dustwind.com

Z-Software is an independent game studio founded in 2008 in Dortmund. In this time the company developed and shipped more than 15 games for a variety of platforms. These include current generation platforms like Playstation 4, Xbox One, Nintendo Switch, PC, iOS, and Android. Simulators, sports games, arcade-like casual games, story-driven adventures… Z-Software loves to put its spin on different game genres. Some highlights: Pilot Sports, a colorful casual flying simulation with a hilarious local multiplayer mode, Dustwind, a postapocalyptic real-time tactics game, developed together with Dustwind Studios UG and the successful Autobahn Police Simulator series, which already spawned various sequels.

Some projects in the works currently include Pilot Sports – a fun local coop + single player flying simulation game coming to Steam Windows PC and Xbox One by soon, the title was released previously on PS4 and Nintendo Switch.