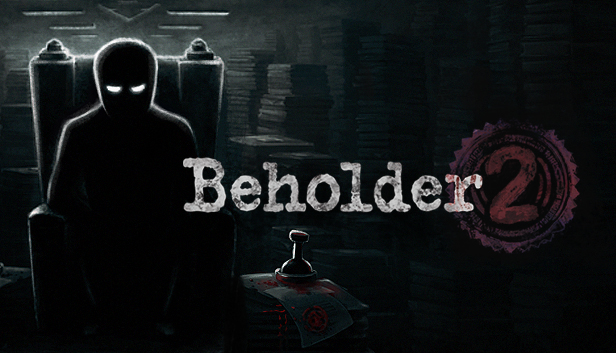 ‘Beholder 2’ is Officially Live on Steam

Warm Lamp Games and Alawar Premium, a division of Alawar Entertainment are proud to announce Beholder 2, is officially launching on Steam today December 4, 2018, at 7 pm PST, selling at 14.99 USD. Every player who bought the original Beholder game on Steam will automatically receive a 20% off Coupon for Beholder 2, which can be combined with a traditional launch discount.

Also, some extra exciting news for original Beholder fans! In partnership with Curve Digital the Beholder: Complete Edition (an original version + DLC) is due to release on Nintendo Switch™ December 6th, on sale at $14.99

This time, the game is set to release in a 3D format and takes place in the same grim and hopeless dystopian Beholder universe where privacy is dead and a totalitarian State controls every aspect of life ruled by the same “Wise Leader.” The game will feature an expansive world filled with new scenes, rooms, floors inside the actual Ministry.

“You are a newly employed department officer within the Ministry of a totalitarian State. While you are poised to have an illustrious career and possibly become Prime Minister someday, the way up won’t be easy. So, how high up the career ladder will you climb? The choice is still yours to make!” –  Evgeny Sister, Producer – Alawar Premium

With its strong Orwellian theme, the first original Beholder game garnered the attention of multiple publications and gaming communities and was featured on Metacritic’s 100 Most Talked About Games of 2016 list. It was also awarded IGN Russia’s Best Adventure Game of 2016, one of 8 finalists of GDC’s Best in Play 2017 and was recognized in numerous categories at Moscow’s DevGamm Awards. Beholder 2 intends to deliver the same award-winning experience to players.

Every citizen of our great State dreams of working at the Prime Ministry!

Additional Press Kit: We have an archive with a video, logos, screenshots and promo art at https://goo.gl/serMfe

A game development studio founded in Siberia in 2015. Every team member has a strong background of experience in creating and developing successful projects for the casual games market. WLG is a team of 11 professionals who gathered together to create a game of their dreams. Game development is not only a job but also a captivating process that we put our hearts and souls into.

Alawar Premium is a special class of games from Alawar’s collection designed for experienced players. It features games that are already beloved by millions of players around the world (Beholder, Distrust, Goliath, I’m Not a Monster, Do Not Feed the Monkeys), as well as information about new Alawar games in this genre. Learn more at www.company.alawar.com