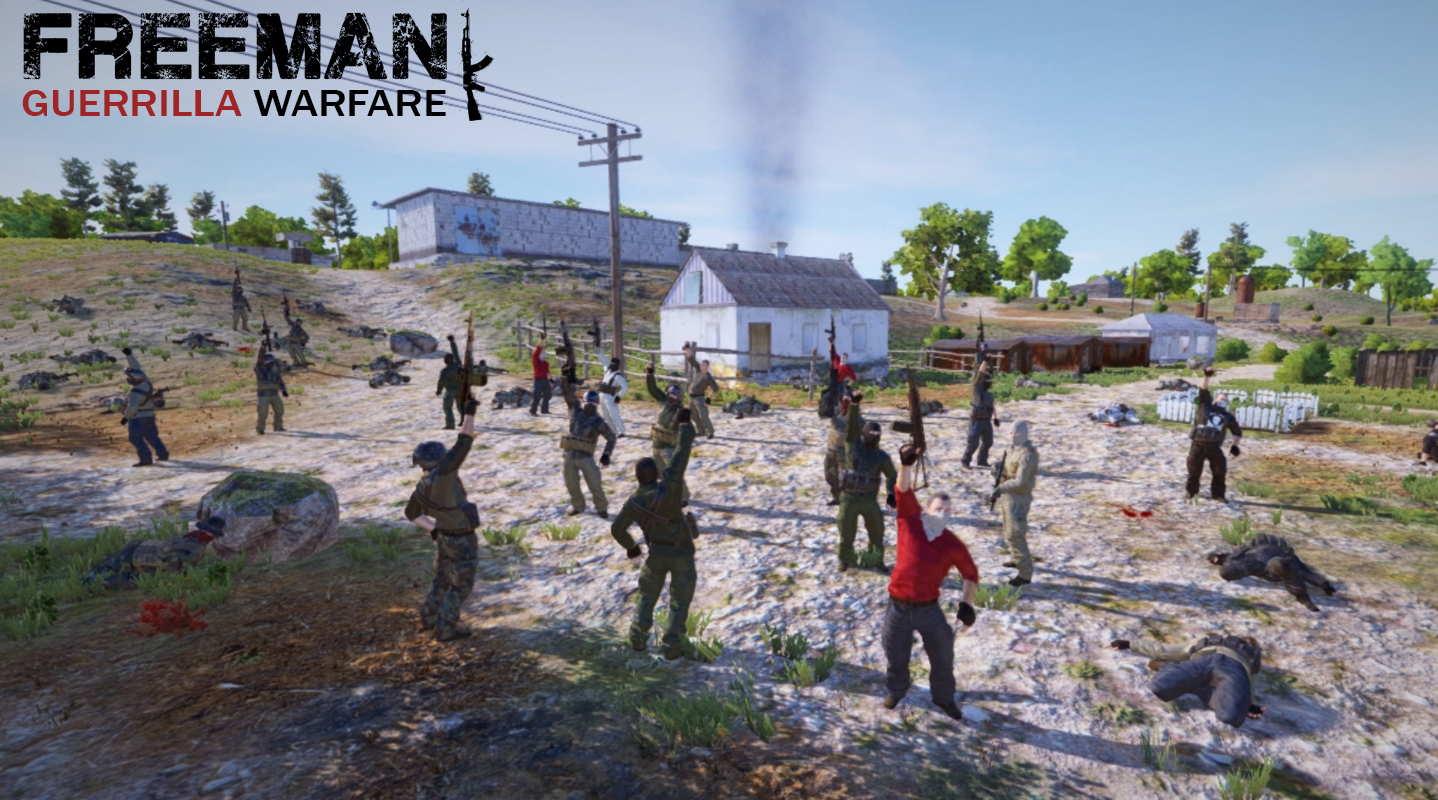 Freeman: Guerrilla Warfare, is a single-player pc game which features a unique combination of tactical first-person shooter and strategy game, where the player assumes the role of a commander and raise money, build an army, engage the enemies in field combat, attack hostile territories and defend currently held ones and eventually dominate the world.

Freeman will be released on Steam in Early Access officially on  February 1, 2018.

“There aren’t many first-person shooters that combine or strongly focus on strategy and role-playing elements. In Freeman: Guerrilla Warfare, we managed to marry the essence of first-person shooter, grand strategy and role-playing games into one unique hybrid game. We want to give players the freedom and challenge to choose their equipment, troops, tactics, enemies and play-style. The game is not just a shooter, it is about taking the role of an army commander and every action that players make will influence the next steps of their career. – says, Lead developer, Hai Ren

We want to provide our players with the first sandbox FPS and grand strategy hybrid game that will allow the player experience shooters from another angle.

The gameplay is divided into two portions: the overworld map and the first-person shooter.

In the strategy portion, the player visits locations, trade for money, upgrade equipment, accept missions, engage enemies on the field or lay siege to towns.

In the FPS portion, the player enters the battlefield and plays the role of a foot soldier in first person view.

Start your career with one pistol and 5 soldiers, how would you become the most powerful army in the world? The game is not only about shooting, but also about your career as an army commander.

Trade with the locals, recruit soldiers, loot villages, fight bandits, attack territories and conquer the world. You are in charge of your own destiny!

Immerse you in really epic battlegrounds of hundreds of combatants. Watch your men charge into enemy lines and spill blood for victory.

You are not fighting alone. Issue direct orders to your squads during a firefight, taking advantage of the terrain, setting up flanking routes and crush the enemies with the final charge!