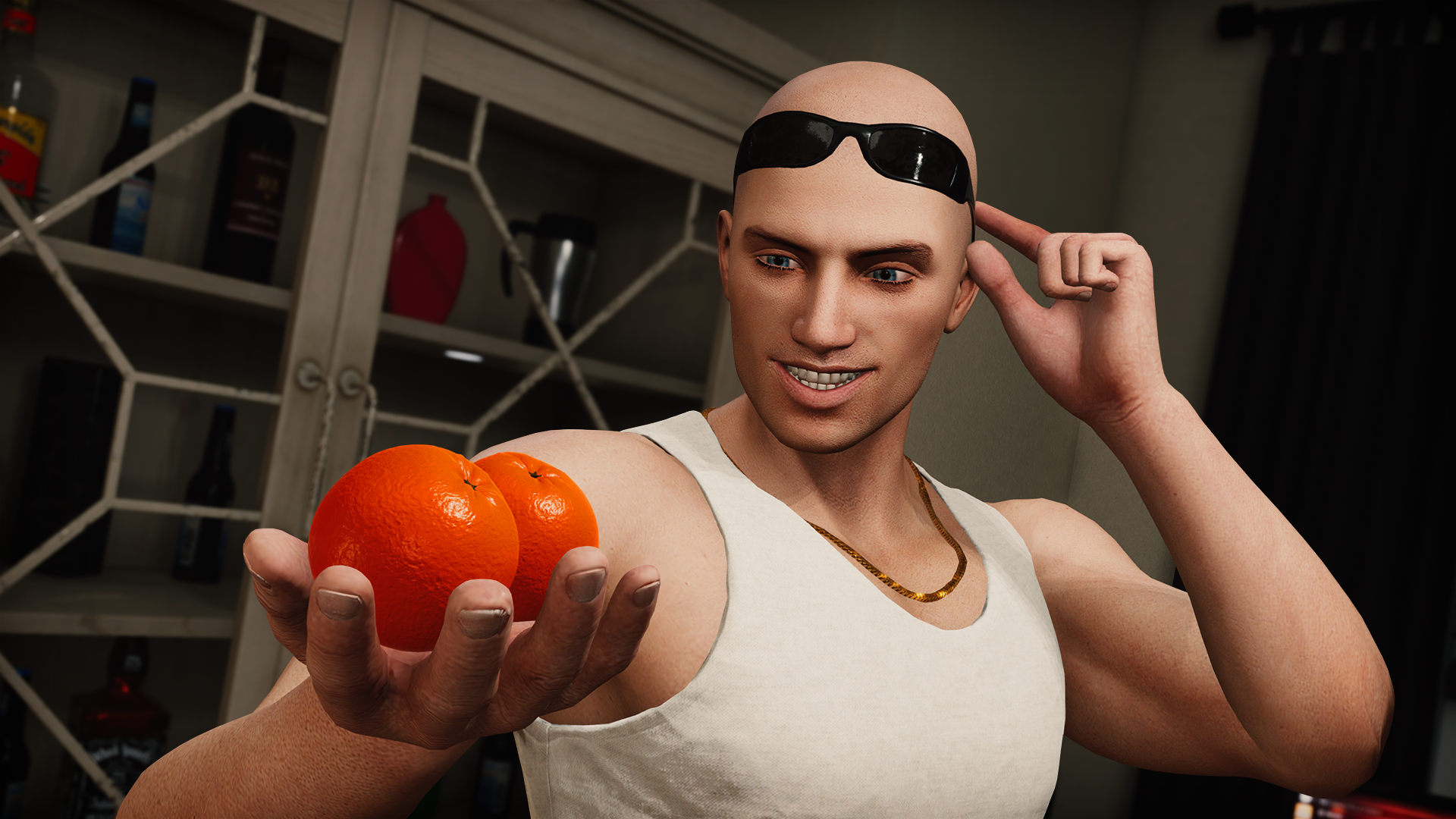 Catch the Biggest House Party Game Update Yet, 0.19.4 is Live on Steam

House Party in Early Access reaches a new milestone of reaching over 800,000+ sales as popularity continues to soar alongside their ‘Absolute Largest Early Access Game Update’ thus far, featuring a new Frank storyline with five all-new Original Story Opportunities and massive chunks of gameplay with branching endings depending on your decisions at the party. Also, players can now enjoy full-screen cinematic cutscenes that have been added as unique endings to game content.  HUGE Bonus, you can now Romance Frank!

The Frank 0.19.4 stable release is live on Steam, and represents a staggering 20% growth of the game since the last major update, making this the largest single update Eek! has ever produced thus far. This update literally grants “A Big Ball of Mystery” for new and existing House Party Fans. Alongside the Frank story, a brand new cutscene-style intimacy system is now in place. Frank, Katherine, Rachael, and Vickie have a unique “finale” cutscene added in this update. House Party’s reach continues to grow beyond the 800,000+ players who have already purchased the Early Access edition, thanks to continued interest from some of YouTube’s influential video creators such as Game Grumps, MattShea, LetyDoesStuff, Game Society Pimps, who continue to introduce the game to millions of viewers showcasing the goofy, sexy fun inside Eek!’s silly, AI-driven simulation.

“Frank’s storyline comes with a massive chunk of gameplay, a major branching ending depending on your decisions at the party, and five all-new Original Story Opportunities. As an added bonus, we’ve improved our Opportunities UI, so now you’ll not only know which Opportunities you’ve discovered, finished, or failed, but also which ones you might’ve missed along the way. Take note of those doods, and try to finish them in a new playthrough! And, yes, you can romance Frank now. As part of the Frank storyline, you can now watch Derek shake his big booty on the dance floor by challenging him to an all-new dance-off! The man’s got some serious moves, and even Stephanie’s coworkers can’t twerk as well as him. He’s  tough competition and if you can’t hack it, you may have to come to a creative solution to get him to help you progress through Frank’s story. Good thing there are some items around the party that can turn the tide in your favor… Enjoy the fiery hilariousness that ensues, and get ready to play dress-up with your favorite buddy.We also added a brand new cutscene-style intimacy system. Our artists worked super effing hard to make these scenes for you dudes, and we plan to add even more of these for all characters during intimacy events. Frank, Katherine, Rachael, and Vickie have all had unique “finale” cutscenes added in this update.There are now two new ultra-secret items hidden around Madison’s place that can assist you in the valiant quest of winning affection from your favorite buff bald dude, too. We know you doods are professional scavenger hunters at this point, so happy hunting! And for those that DO max out your Friendship with Frank…well, let’s just say he’ll be extra grateful to anyone who goes above and beyond!” – Eek! Games Team

What’s next on the Horizon for House Party? Eek! Games has major plans for House Party throughout the rest of 2021 and beyond. This includes more updates with bug fixes and new exciting content DLC’s, fan-requested female POV storylines, and more. House Party is aiming to exit early access by March 2022, with even more exciting news coming closer to the final release, so stay tuned.

Fans who want an early taste of what’s next for House Party can support the game via Patreon. Patreon subscribers who pledge $15 a month or more gain access to the game’s alpha updates, providing the first look at new storylines.

If you haven’t checked out House Party yet and want to join the 800,000+ players already partying, take a look at our latest trailer to see what awaits. You can also find us on Discord, Facebook, Twitter, and our official forums.

About Eek! Games and House Party
Eek! Games was founded by artist, musician, comedian, and Indie developer Bobby Ricci in 2015. Bobby is a lifelong fan of comedic adventure style games such as Leisure Suit Larry and Space Quest, and set out to marry the old adventure style of these games with a modern and fresh sandbox type experience you’d find in today’s hit games like Grand Theft Auto and The Sims. Bobby’s founding vision for House Party was to create a comedy adventure with the most absurd characters he could think of as extreme parodies of various personalities that can at times, feel all too familiar. The player is tasked with navigating these personalities and making real in-game choices that affect everything around you to achieve different endings in the game.  Whether you become friends, enemies,  lovers, or life coaches to them is completely up to the player!

The game’s early access launch was an overnight sensation, initially selling over 30,000 copies in the first few weeks alone and continuing to 300,000 total sales during the first year. Since the early access launch, the game has now fully matured as an open-ended social simulator mixed with a point-and-click adventure inspired by classic comedies of the ’90s. Every decision changes your story, and every character has something to reveal.  As of August 2019, the game met an exciting milestone, being sold to over half a million players worldwide. Now as of May 2021 the game has sold to over 800,000+ enthralled fans. In addition to our growing fanbase, over 8,000+ players have written Steam reviews, with over 90% positive recent review scores as of this writing. Learn more on the official website here http://www.housepartygame.com