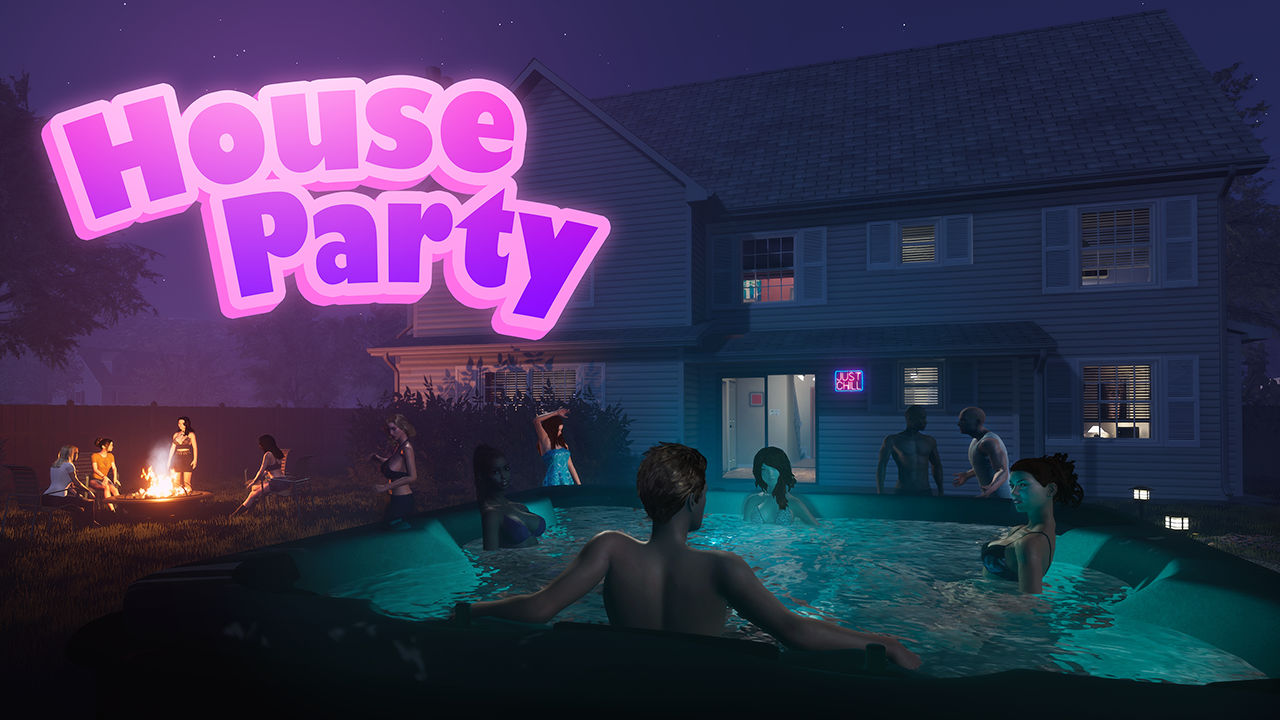 Eek! Games announced today that its celebrated open-ended simulation game has now sold over 500,000 copies while in early access since June 2017. House Party has exploded in popularity thanks to a steady stream of updates, new content expansions, a dedicated following on YouTube, and a fearless approach to sex and comedy. The team over at Bammsters hosted a live Q & A interview with Bobby Ricci, Ceo, and Founder of Eek!. Check out the rebroadcast of the interview here: http://bit.ly/Interview-House-Party

Why is everyone buzzing about House Party? There’s no better way to find out than asking the fans themselves. Over 4,000 players have written Steam reviews for the game which has contributed towards 95% positive user review ratings at times. Steam user Legious calls it “a really fun social interaction puzzle-solving” game, while Steam user WIN says, “I hope to see more of this game, more like this game, and more people voting with their money.”

“I’m ecstatic and humbled by the huge player base this game has grown since I started on my silly little project.  I never thought it would turn into anything this huge! Myself and my team are dedicated to polishing up this game and bringing it out of early access and keeping a close ear on all of the overwhelmingly positive player feedback and suggestions!” –  Bobby Ricci, the CEO, and Founder of Eek! Games

House Party’s reach continues to grow beyond the 500,000 players who have already purchased it thanks to continued interest from some of YouTube’s biggest video creators. Tastemakers such as Jacksepticeye, MattShea, and PewDiePie have introduced millions of viewers to the goofy, sexy fun of Eek’s silly, AI-driven simulation. YouTuber LetyDoesStuff was even added as an in-game model in the most recent update.

Danny and Arin from the Game Grumps channel won a contest where the winners would be made into 3D models and inserted into the game. The Grumps team won by a landslide and Eek! Games are currently collaborating to prepare their likeness, story, and voice acting into the House Party game.

Best of all, the party is only just getting started. Eek! Games has major plans for House Party throughout the rest of 2019 and beyond. This includes more updates with bug fixes and new content, fan-requested female POV storylines, and more. House Party will finally exit early access sometime in 2020, so even more exciting news is coming.

Fans who want an early taste of what’s next for House Party can support the game via Patreon. Patreon subscribers who pledge $15 a month or more gain access to the game’s alpha updates, providing the first look at new storylines and even new gameplay mechanics like player combat.

If you haven’t checked out House Party yet and want to join the 500,000 already partying, take a look at our latest trailer to see what awaits. You can also find us on Discord, Facebook, Twitter, and our official forums.