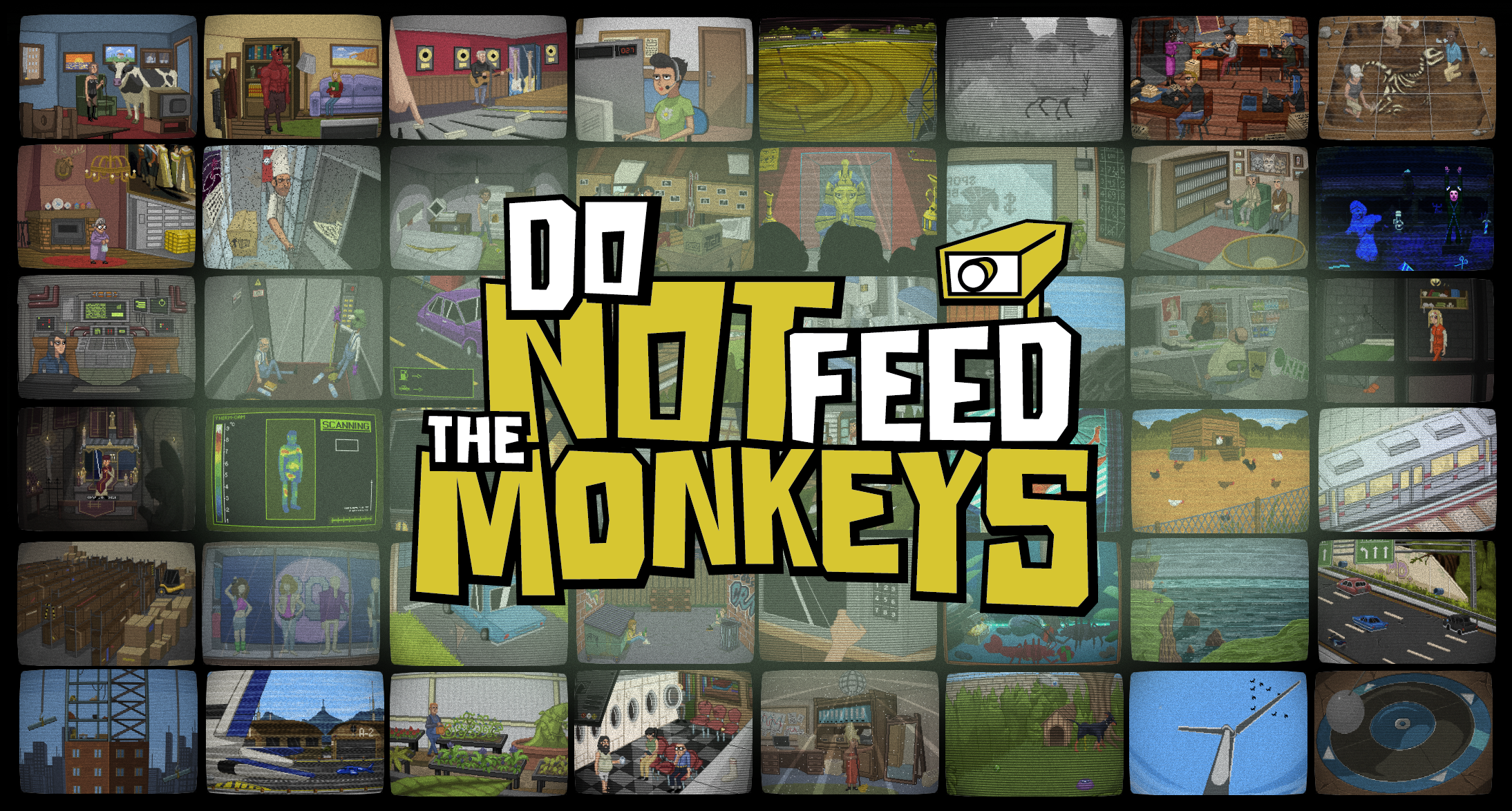 Do Not Feed the Monkeys, an Award Winning ‘Digital Voyeur Simulator’ is Releasing via Steam

Do Not Feed the Monkeys, an Award Winning Digital Voyeur Simulator is Launching on Steam PC October 23rd

Make way for a game that evokes the feeling of a ‘Surveillance State;’ Do Not Feed the Monkeys, an Award Winning ‘Digital Voyeur Simulator’ is officially releasing on Steam this evening October 23rd at 8 pm PDT. In this story-driven title you’ll become a new member of the “Primate Observation Club,” where you invade the privacy of dozens of strangers while you witness their most intimate moments through surveillance cameras, all while trying to keep up with the rent payment and have enough money to buy some food from time to time. .

What Some Members of the Press are Saying…

“Do Not Feed the Monkeys preys on the fear that drives people to put tape over their webcams. In it, you’re tapped into surveillance cameras that spy on different locations and people going about their lives.” – Stephanie Chan, Venturebeat

“appears to blend some of the creepier elements of Watch Dogs with the strange meta-game of Five Nights at Freddy’s. Slathered with an early 1990s LucasArts graphics style.” Charlie Hall, Polygon

More About the Game

Alawar Premium is a Midcore Gaming Division of Alawar Entertainment:

Founded in 1999, we specialize in the development, publishing, and distribution of casual games, reaching players all over the world. The company has published over 350 casual games, including leading downloadable and mobile brands like Farm Frenzy and The Treasures of Montezuma, on more than 15 platforms. Alawar Premium is a Steam-powered Alter ego of Alawar Entertainment. To learn more about Alawar Premium and their growing portfolio of games, visit https://company.alawar.com/en/

Fictiorama Studios is an indie game studio founded by three brothers (Mario, Alberto, and Luis Oliván) who are united by their devotion to narrative-driven games. In addition, two of the Oliván brothers are members of the alternative rock band Kovalski – which composed the soundtrack for Dead Synchronicity: Tomorrow Comes Today. To learn more about Fictiorama Studios, please visit http://www.fictiorama.com/en/inicio/

Based in Madrid, Spain and established in 2011, BadLand Games is an independent company specializing in the physical distribution and global publishing of video games. In Spain, BadLand Games is the official distributor of AAA titles for all platforms including, Minecraft: Story Mode, La Voz, Sniper Elite 4 and the popular Darksiders Warmastered Edition. To learn more about BadLand Games, please visit http://www.badlandgames.com