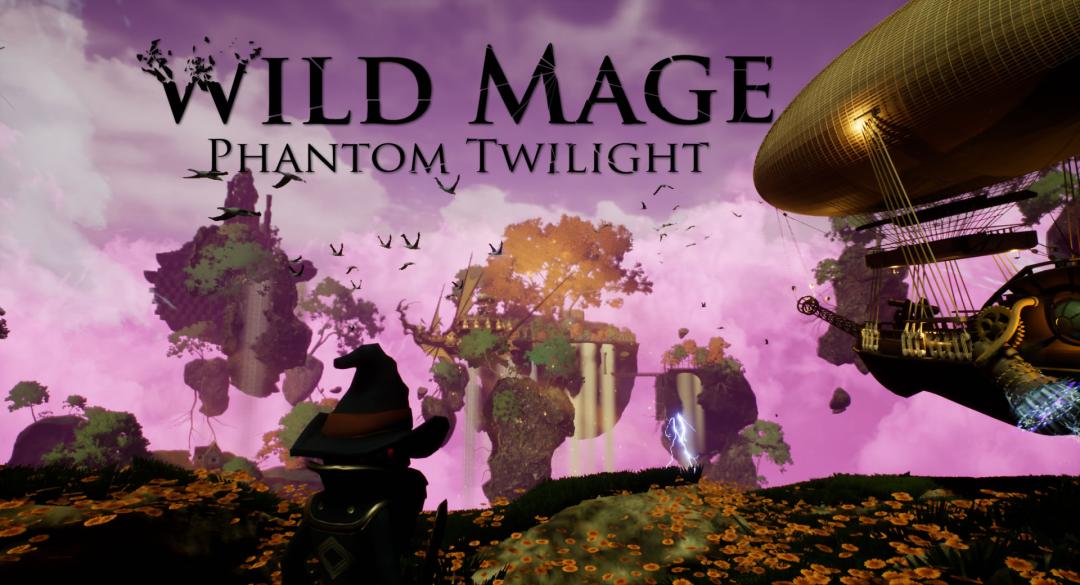 Wild Mage: Phantom Twilight is an open-world action/adventure RPG featuring airships, floating islands, dungeons, and dynamically destructible enemies and environments. Luna Orion studio plans to release on Steam in Early Access by Q4 2019 post-crowdfunding. As a Wild Mage, you act as the right hand of the Tower of Heaven, extracting adventures, escorting Ships, delivering goods, reclaiming lost islands. The game also features a wide variety of powerful spells acquired through adventures, with the ability to use runes to amplify them.

“The motivation behind Wild Mage | Phantom Twilight is simply to make the game that I +6hto play. As a gamer, I always wondered why spellcasting cannot be more physics-based rather than particle effects. I always wanted to play a game in which monsters can be damaged dynamically rather than having everything represented by numbers and preset animations. I always liked the idea of exploring a world made up of floating island with airships and wished more games expanded on it. As I get older, I don’t have the time to play traditional MMOs anymore, but still would like to enjoy the sense of excitement and adventure a good ARPG can bring. I know that there are a lot of people like me with a similar wish list, and that’s why I decided to make it happen myself.” – Lucas McCann, owner, and lead developer of Luna Orion studio, creator of Wild Mage | Phantom Twilight.

Almost everything is destructible in some way, floating islands are made with voxels and can be tunneled or destroyed, structures (bridges, walls, houses) take damage from spells or monsters, along with dynamic fire propagation. You can mine resources and craft relics in the game but items so powerful they must be kept in the center of the islands.

Update: Luna Orion will announce it on the Kickstarter update when it officially starts!

What to hunt for?

10 chests are hidden throughout the island and dungeon.

When does it star

When a player finds a chest, they need to open it and take a screenshot and then post the screenshot on the Wild Mage Kickstarter comment thread. Participants who find a treasure chest and show us their screenshots will receive an automatic tier upgrade to the next level Kickstarter pledge, regardless of amount.

The story is set in the beautiful yet dangerous world of Etherion, which is made up of thousands of islands floating above a dense Miasma. Rising at night and burning off during the day, the Miasma spawns terrible creatures and is a constant menace to the people of Etherion. The only safe areas are located at the top of the islands. Recently the magic keeping the islands afloat has begun to wear off…

Based in United States

We are a new Indie Game Development Studio Based in San Diego CA. Though this would be our first title release, we are no stranger to making games. Our lead designer Rick McCann has 11 years of experience working at Dreamworks Animations and also worked on Riddle of Steel prior to that. Our goal as a studio is to make the games we want to play.