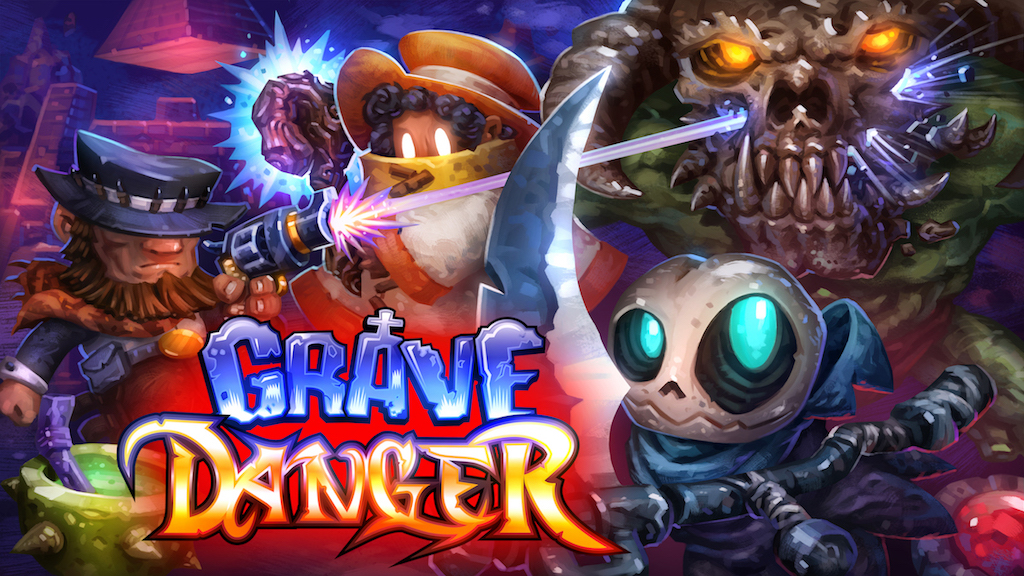 The full version of Grave Danger launched Dec 19th! The demo is live and downloadable from the Steam storefront, and will include the first few levels of content from the final version. This should give you a good idea of the adventures that await you in Grave Danger!

It’s time to start the complete adventure with Dante, Malice, and Elliot! The unlikely trio are in a complete mess, and need our guidance to clear their names as outlaws.

“It reminds me a lot of The Lost Vikings in both the way it plays and the genre-mixing, lighthearted attitude it takes.” —PCGamer.com, Dec 2016

A few games have taken inspiration from The Lost Vikings over the years, but none so elegantly as Grave Danger.” —Co-Optimus, Jan 2017

“The Lost Vikings of old, Grave Danger seems like the kind of fun, puzzle-y platformer you’ll want to sink your teeth into. The art is fantastically fun and light, very reminiscent of The Lost Vikings, but for the modern generation.” —The Cliqist June 2016

Grave Danger’s gameplay is about utilizing each character’s unique abilities to solve puzzles. The player will switch between these characters and master their movements and attacks, guiding our heroes further into the story.

Grave Danger is coming to XBox One Summer 2017

December 19th is the official Grave Danger release date!  Initially our game is slated for release on PC, Mac and Linux, and then early next year between Q1/Q2 with a 5$ DLC pack unlocking new characters and new worlds–the game will further release on Xbox One first this summer 2017. Further expansion to PS4, Wii U and (tentatively) Nintendo’s Switch, will be announced as they become available, along with various Digital Store Releases.

Discover and follow us online on the links below: