BEIJING – April 24, 2019 – Super Phantom Cat the “Pawsome” retro platformer, or lovingly called by some as a “Catformer,” launched out of early access on Steam in addition to a bundle called ‘Cat’s Fantastic Journey.’ The Bundle contains all the kitty games from White Lake Studio, like WenJia and its original soundtrack as well as Super Phantom Cat. The retro-casual 2D platformer inspired by the old time 8 and 16-bit classics such as Super Mario Bros., Donkey Kong Country, and Sonic The Hedgehog. 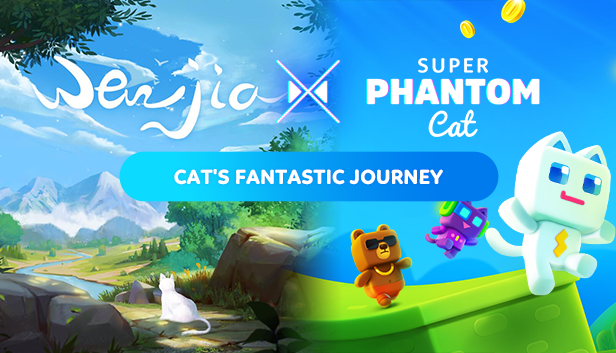 “Although Super Phantom Cat can be played for free on mobile phones, in the PC version, we removed all annoying ads and removed the energy limit. This will be an immersive and pure gaming experience. In addition, there will be More PC exclusive content, such as additional hidden areas and Steam achievements, etc. – Jason Yeung, CEO of Veewo Games